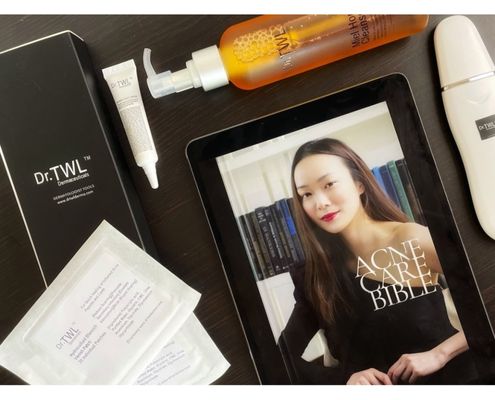 Acne skin purging is a phenomenon popularised by social media and the beauty industry. How can we tell if it is indeed skin purging? How is skin purging different from acne breakouts? Does it even exist? This article is an interview with Dr. Teo Wan Lin accredited dermatologist at TWL Specialist Skin & Laser Centre, and chief scientific officer at Dr.TWL Dermaceuticals. Read on to discover the science behind acne purging!

Purging is not a scientific term per se. It is anecdotally used by laypersons who experience a flare up of acne, usually after using a product meant to treat or prevent acne.

Medically speaking, how do retinoids work? What are examples of retinoids?

Tretinoin and adapalene are examples of retinoids dermatologists prescribe. Retinoids reduce formation of microcomedones. These are mini whiteheads and blackheads under the skin surface. Over 2-4 weeks, these gradually surface as acne bumps.

Using the product for the first time can look like it is triggering off a flare, when it shortens the time for these microcomedones to appear as acne bumps. Most people do not realise that retinoids can cause worsening of acne if applied directly over inflamed acne, as opposed to non inflamed whiteheads and blackheads. Usually, dermatologists recommend using retinoids only over non-inflamed areas. The purging phenomenon has also been used in the context of individuals who start taking oral treatments for acne and discover their acne getting worse.

Is purging your skin good? How long does purging skin last?

We often hear about how acne skin purging occurs after starting oral or cream treatment for acne. However, these are individual patient perspectives which are in varying contexts. In fact, acne medications are not instantly effective. Especially those that target inflammation, take about 2 weeks to work. A mismatch of expectations can occur in the first few weeks if one does have a flare- before acne medications begin to work. This may be why some doctors and patients consider this skin purging. To be accurate, the natural course of acne that is flaring up is more likely the cause.

How to prevent acne skin purging?

Do not apply retinoids, including OTC retinols over active inflamed acne bumps or cysts. If you have active acne that requires treatment with oral medications, dermatologists sometimes prescribe a course of oral amoxicillin, a penicillin type antibiotic that reduces the occurrence of gram negative folliculitis. This is a complication where acne bumps get infected with gram negative bacteria. For those on isotretinoin, a flare up can occur at the start of treatment because of this bacterial imbalance. This is sometimes interpreted as “purging”.

How can I tell if my skin is purging?

Anecdotal reports describe these cases of “purging” as an increase in red inflamed acne bumps. However, there is no scientific consistency behind these phenomena. Do discuss with your dermatologist if you think that your acne treatment is not working. It is also important to note that many develop side effects of acne treatment, such as a form of eczema known as irritant contact dermatitis, due to drying effects of treatment. The danger of believing that “skin purging” exists during acne treatment is that the individual does not seek medical attention for complications.

When will purging end?

If the flare is due to use of retinoids, it should subside within 2-4 weeks. However, it is not necessary to experience ‘purging’ during acne treatment. Extraction facials must be avoided for acne – these are outdated and definitely cause worsening redness and inflammation. In fact, this term could well originate from extraction facials marketed to treat acne but instead introducing scarring, bacteria and worsening inflammation.

How do I know if I have skin purging of acne or another different condition?

Visit an accredited dermatologist first, to see if you do have acne. Acne rosacea looks similar to acne to the untrained eye. The course of the disease is quite different, left untreated, acne rosacea eventually leads to cosmetic disfigurement. Thickening of the skin including a condition known as rhinophyma can occur. Infected eczema known as impetigo, can co-exist with acne. This is sometimes the case when acne creams that harm the skin barrier, such as retinoids and benzoyl peroxide cause irritant contact dermatitis. Subsequently, due to a disturbed skin microbiome, secondary skin infection occurs. This type of infected eczema can be more common in warm humid climates like Singapore. Especially under a face mask, the skin microbiome can harbour unhealthy amounts of bacteria. This is why individuals with acne must choose a breathable mask. This means there is adequate air flow that helps the skin microenvironment.

When should I seek medical attention?

Usually, the episode is severe enough for the patient to realise it is out of the ordinary type of acne flare. Though rare, inflamed acne cysts have caused serious conditions such as facial abscesses and cavernous sinus thrombosis- a potential life/sight threatening disease.

How do you treat skin when purging? How do I treat inflamed angry looking acne cysts during purging?

Most pimple creams unfortunately are based on drying formulas. The active ingredients of pimple creams sold over the counter usually contain benzoyl peroxide, tea tree oil, salicylic acid, sulfur. These may cause the pimple flare to get worse. Largely because it dehydrates the skin barrier. Redness flaking and skin sensitivity ensues. Try a non-irritating acne cream instead.

Truth is, we should not apply traditional acne creams containing benzoyl peroxide and/or retinoids on inflamed acne bumps. Using a mild topical steroid like a cortisone has been recommended by some to reduce inflammation. However, the potential for steroid acne – acne induced by steroids is real. Also, doing this often can result in a phenomenon known as tachyphylaxis.  Whereby there is less response to the steroid after a while. On top of that, steroid atrophy can occur. This refers to skin thinning and increased redness. Topical steroids when not prescribed by a dermatologist can be especially harmful in acne rosacea. Rosacea itself associates with increased redness. Steroids can contribute to this.

How do we tell the difference between skin purging and an acne breakout?

There is no scientific basis for these differences. If dermatologists consider the layperson viewpoint between the two, we can explain it this way. Skin purging is a temporary phenomenon attributable to the therapeutic benefit of oral/topical acne medications and we can expect it to resolve. On the other hand, we regard an acne breakout as a flare up of acne and may indicate treatment failure or need to initiate treatment.

What is acne and what causes persistent breakouts?

Acne is primarily a genetically determined condition, with inflammation driving the formation of microcomedones that ultimately present as whiteheads and blackheads. These are influenced by oil glands, which in turn are affected by hormonal changes such as puberty, pregnancy and natural fluctuations during the menstrual cycle. Persistent acne can be due to an actual disease state of acne vulgaris usually genetically predetermined. External factors, such as mask wearing and comedogenic skincare/makeup – a form of occlusion acne, could also exacerbate acne vulgaris.

How should we treat different types of acne?

There are subtle differences in topical treatment for various types of acne. However all types of acne i.e.blackheads, whiteheads, papules, pustules, nodules, and cysts are similar in its origin. Therefore, oral treatment therapy is consistent for all types of acne. Dermatologists usually follow a stepwise approach for treatment of acne. Mild acne is treatable with topicals and an effective skincare regimen. This is particularly relevant for mild physiological acne that occurs in teenagers.

Moderate cases of acne are treatable with oral antibiotics, failing response of which, treatment escalates to isotretinoin. We consider isotretinoin to be the gold standard for treatment of nodulocystic acne. Such acne can progress and cause severe scarring. Including acne fulminans, a condition whereby there is pus discharge and even bleeding. Acne fulminans must be treated by a board certified dermatologist. Some conditions may require oral steroids in the acute inflammation stage.

Certain types of acne like comedones require cream treatment for best results. Examples are blackheads and whiteheads treated with retinoids. Chemical peels are a good adjunct for those with scarring as well as comedones. Traditional chemical peel acids such as alpha hydroxy acids, AHAs, salicylic acid and newer alternatives such as poly hydroxy acids – these are all suitable. However, the concentration and formulation for at home formulations will affect skin sensitivity. Also, Singapore has a sunny climate, this means that there is an increased risk of sun sensitivity when using these acids.

Inflamed acne, such as papules, pustules nodules and cysts should be treated with anti-inflammatory temporising methods. For example, a botanical based ingredient such as chlorella vulgaris, berberine, proven to reduce inflammation can be helpful. Low potency topical steroids can quickly calm inflammation. Though these must be for short term, localised use. In addition, we can administer steroid injections such as triamcinolone to active cysts that do not resolve. 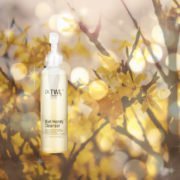 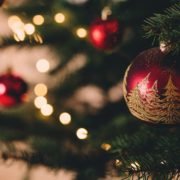 Does Stress Worsen Your Skin? Avoiding holiday stress: Your skin needs you to relax 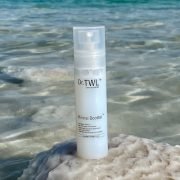 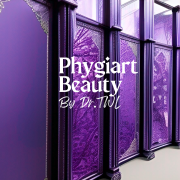 Best Photoshoot Singapore: 3 Reasons to do a Photoshoot 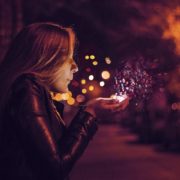 Get Party Skin Ready: Kickstart the new year with these skincare resolutions 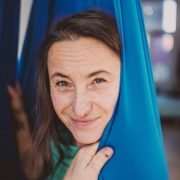