Do you find that you are getting breakouts after starting on topical or oral treatment that is supposed to treat your acne? Skin purging occurs when a product or process speeds up the skin cell turnover rate, leading to a flare-up. As the rate of skin cell turnover increases, the skin starts to shed dead skin faster than normal. This process exfoliates the skin, and brings congestion to the surface in the form of an acne flare up. In this article, accredited dermatologist Dr. Teo Wan Lin shares on skin purging.

Acne purging, or skin purging is the colloquial reference to a phenomenon whereby an individual who has pre-existing acne, seems to get a flare up when starting on a type of acne treatment. This can be oral or topical, which means it is applied on skin. In terms of what the individual experiences, it is very similar to their usual type of acne. It can be a mixture of whiteheads, papules, and even cysts. It is significant because it is more dramatic than their baseline acne condition. This can be in terms of the size of the acne bumps, as well as the inflammation response.

Clogged pores are actually a misnomer for closed comedone. This means that the dead skin material and keratin are trapped under the surface of the skin, forming a microcomedone. Subsequently, a comedone is the precursor to an active, inflamed pimple. In a purging situation, smaller pimples may become larger and secondarily infected when you get pustules.

The commonest culprits of this phenomenon are topical ingredients. In my practice, we see it mostly associated with retinoid treatments. Retinoids, in the chemical forms tretinoin and adapalene, work via regulating cell turnover or keratinocyte turnover, in particular. Also, by regulating oil production. While we do not entirely know the mechanism of action by which it causes purging, we can certainly observe it. We can counteract this with concomitant oral medication treatment for acne, as well as topical steroid lotions. For example, a course of oral antibiotics such as amoxicillin can treat gram-negative bacteria and also, effective cosmeceuticals that are anti-inflammatory.

What’s the difference between breakouts and purging? What do I do when my skin is purging?

It is very relevant to consider prescription medication by an accredited dermatologist. Simply because you do need to have the severity of your acne assessed appropriately. Aesthetic doctors or so-called skincare doctors are not dermatologists, and should not be regarded as the experts on skin. Many of them attribute this purging phenomenon to merely the result of the microcomedones that push to the surface of the skin. But a lot of these really also depend on the clinical acumen of the treating physician in terms of assessing the initial type of acne. Dermatologists are able to identify the type of acne and the severity of acne that would best respond to certain types of treatment.

In terms of oral medications that are effective in the treatment of acne, but do not seem to be helping an individual who is suffering from acne especially in initial stages. A lot of this we can attribute to the term purging, which again, we need to further clarify. First of all, purging is not a medical term. We do not actively discuss this as an actual side effect in the field of dermatology. However, it is a phenomenon whereby the individual finds that instead of getting better with treatment, it actually gets worse, especially at the start.

Do acne treatments make your acne get worse before it gets better?

With oral medications, this is a conundrum that is further deepened. I have seen flare ups with even highly effective, so-called foolproof medications such as isotretinoin. It really has to do with the individual’s pre-existing acne condition already being secondarily infected. Isotretinoin alters the skin microbiome significantly. This actually causes the skin to get even more inflamed when you commence on isotretinoin treatment. So, in this case, a course of oral antibiotics, taking concomitantly with isotretinoin is very helpful to control or to prevent such a situation.

The other type of scenario that we see with our medications being used to treat acne is the use of oral contraceptive pills. So, Estelle and Diane 35 are the trade names for a type of estrogen-based contraceptive that also contains another ingredient that blocks the action of the male hormone testosterone. Dermatologists often prescribe this as effective treatment for acne. But on its own, has also been associated with this purging phenomenon. However, that is very likely having to do more with the menstrual cycle itself and when the medication was started in relation to the menstrual cycle. Rather than as any side effect of the medication or the behavior of acne itself.

Individuals who are candidates for oral contraceptive pill treatment for acne may have a testosterone surge right before their period. This is something that we can counteract with an estrogen-based contraceptive pill. Estrogen essentially regulates oil production. Women with higher levels of estrogen will have softer and smoother skin. This of course, is in contrast to biological males.

Can birth control cause acne?

Why is it that when some individuals get onto the oral contraceptive pill which is meant for treatment of hormonal acne, they experience a period where their acne worsens before it gets better?

Well, that has more to do with the fact that the contraceptive pill itself takes time to work. Even if you are taking it for purposes of contraception or regulating your period, you actually have to time it according to your cycle in order for it to be effective. For the treatment of acne, we often do not time it with the menstrual cycle. Simply because we want the pro-estrogenic effect to kick in as soon as possible. However, I usually give around two months before we expect any results from treatment with oral contraceptive pills.

Why does acne get worse on Accutane?

For the medication isotretinoin, which we also know by its trade names accutane or oratane, it is actually quite common to develop an actual flare up. This is due to secondary infection which we mention earlier in the article. Also, another aspect has to do with the process of microcomedone formation. Accutane itself is inflammatory. If you have active inflamed acne and you apply the topical version of isotretinoin, which is a retinoid – tretinoin or adapalene, very often you find that the acne actually gets angrier-looking. It can start to swell, peel, and become even redder. This sort of inflammatory effect can occur with oral medication isotretinoin. Also, because it can drive the microcomedones to the surface of the skin in a more rapid manner. However, we know that the primary mode of action is by stopping sebum production.

It is also important to note that there are significant side effects we associate with isotretinoin use. Sebum itself determines the type of skin bacteria that is colonizing your skin. It is actually a mixture of beneficial bacteria that helps to keep your skin healthy. In the absence of sebum, this can affect the skin microbiome. Besides that, this compromises the skin barrier function, which can predispose to skin infections. It is important to note that what can be considered by laypersons or non-dermatologists as a so-called ‘purge’ may not actually be related to acne at all. It could in fact be a secondary infection, such as impetigo, which is due to Staph aureus colonization of eczema-type skin that has developed after taking isotretinoin.

What to do when your skin is purging?

Overall, I feel that an interesting aspect of botanicals is that it actually helps to avoid this problem of purging associated with many of these topical acne and oral medications altogether. Because its very function has to do with immune regulation. It is anti-inflammatory and also regulates sebum production rather than suppressing sebum production. A case in point, would be chlorella vulgaris, which is in our Blemish Spot Cream that is an algae-derived extract. There are papers which have proven that it helps to reduce the inflammatory markers associated with active acne.

On top of that, another promising ingredient is Berberine, which we are using in our acne patients as an adjunct treatment. For mild acne, we are using it as monotherapy, but for moderate to severe acne patients. We are using it together with oral medications. It actually treats several aspects of the acne or pathogenesis pathway. First of all, being antibacterial, it kills bacteria. It also is anti-inflammatory, and anti-scarring because it reduces melanin production. Above all its antioxidant properties actually helps to stabilize the overall skin microbiome.

The Prescriptive Skin – Acne Treatment includes organic Berberine extract and the Polysaccharide Mask, targeting mechanisms in acne formation, without the side effect of skin purging

The use of biofunctional textiles which I first proposed as very relevant to the treatment of acne because of the phenomenon of maskne in our ideal biofunctional textile face mask design published in the Journal of the American Academy of Dermatology, is now applied in my practice for this purpose. 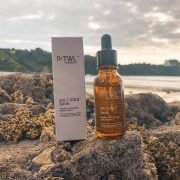 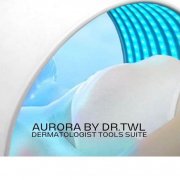 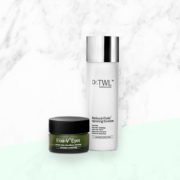 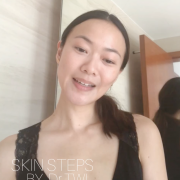 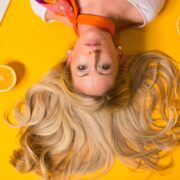 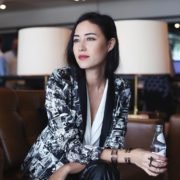 The Best Pillowcase For Your Skin
Scroll to top