With COVID-19-stay-home measures in force, the amount of time we spend in front of our blue-light-emitting devices is increasing exponentially. We speak to our dermatologist, Dr Teo Wan-Lin, to learn more about blue light and the potential health implications.

Blue light emits from a variety of visible wavelength lights. This includes ultraviolet radiation from the sun, devices in this case – smartphones, LED screens, LED lighting. There is some degree of research in recent years on how blue light at high intensities can accelerate the process of aging. The studies were conducted in intensities similar to that in sunlight, and in experiments specifically involving drosophila flies.

2. What impact does it have?

The main concerning study for the impact on skin skin would be one that is performed in 2014. This was where researchers demonstrated that when skin is irradiated with blue light, there is significant hyper-pigmentation lasting up to 3 months. Nonetheless, apart from hyper-pigmentation, there was no increase in incidence of skin cancer, which is more related to ultraviolet rays.

Blue light itself has been used as therapy for certain conditions like acne. However, because of prolonged exposure via devices such as smartphones etc, the most disruption would probably be to sleep cycles. This is more so than accelerating aging in humans. The effects of aging in humans still needs more studies (such as the one involving the effects of blue light on drosophila flies) in order to be conclusive. Skin-wise, the critical aspect is if you already have melasma or any other pigmentation on your skin, the impact from blue light would be greater. Therefore, you would have to take more care to not unnecessarily expose yourself to high doses of blue light.

Most studies thus far involve high-intensity blue light, similar to what is present in sunlight in the visible spectrum. It is unlikely that blue light from your home devices would be at the same intensity. Nevertheless, I feel it is important still to bear in mind to use antioxidant skincare. This will regularly help to counteract any free radical damage that blue light causes. To put the impact into context, I would say it is more dangerous that you are sitting by a window (which allows 100% of sunlight’s UV rays to penetrate) at your house, rather than being concerned about the blue light coming from your computer screen.

It is important to distinguish the extreme hype that a lot of skincare companies have made this to be. Not because it is entirely untrue or irrelevant, but simply that it a little bit out of proportion. In my opinion, it is much more sound to be concerned about UV exposure. This is because we can more tangibly avoid such exposure. For example, we have the traditional advice of not going out when the sun is hottest from 2pm to 4pm, and wearing sunscreen that is SPF 30 and above.

The crux of the blue light issue is that it seems to emitted from varied ambient sources. It is important to understand that blue light is after all a part of visible light. It is only if you are subjecting yourself to extraordinary amounts of blue light, such as if you are using home-use blue light devices. I do not recommend that because they generally do not have a high intensity for efficacy. At the same time, they may carry on unsupervised with continued use for a very long time.

If one has a condition with pigmentation, he or she should take special care to prevent the condition from worsening. On the other hand, nobody is really going to be constantly in front of a cell phone or computer screen for the ambient level of blue light to be of a significant impact. Even if you are, which means you probably aren’t sleeping enough, it is more of our own body’s circadian rhythm that blue light really disrupts. When you are going to sleep, please do not stare at your cellphone too long. Studies have shown that blue light can disrupt the sleep cycle by delaying the release of sleep-inducing hormones.

5. How can we actively protect our skin from blue light damage?

If you have pigmentation, you should seek formal treatment and actively use antioxidant serums and skincare. Antioxidants can be in the form of stabilised vitamin C or botanical extracts for example. I am very confident that plant-derived antioxidants have potent anti-aging and anti-free-radical benefits. Accordingly, I have used these extracts extensively in the formulation of the Mineral Booster spray, that is frequently used by my eczema patients to refresh their skin in dry climates or in air-conditioning. The use of such antioxidant skincare would indirectly rectify and protect us from the blue-light issue on skin.

In terms of tangible precautions, it is not possible to avoid all sources of blue light. This is because blue light is literally everywhere, being in visible light itself. Furthermore, avoiding blue light will also not spare us from the biological process of aging or sun-induced aging. These are much more prominent sources of aging that we should be concerned about.

6. When it comes to topical help, what ingredients are particularly useful in helping with blue light damage?

We have spoken about some of this above. To give it more context, I would also like to highlight what blue light actually does to your skin. In studies, blue light at intensities present in sunlight, which is much more intense than what is coming out of your phone, can lead to free radical generation. This cause superficial skin aging and leads to formation of dark spots, discolouration and wrinkles. Antioxidants, which counters free-radical damage when applied everyday on the skin throughout the day and especially before one sleeps at night, helps skin to repair the daily damage. I like to explain it this way: it’s more like everyday you are taking 5 steps forward and 4 steps back when you are applying antioxidant skincare.

Some key antioxidant ingredients include resveratrol, which is a very potent antiaging ingredient often found in grapes. I formulate the Elixir-V serum which contains trans-resveratrol from the Japanese Knotweed plant and is a relative of resveratrol. The Elixir-V also contains extracts from the Centella Asiatica, which is an asian plant with benefits in lightening skin pigmentation. Portulaca Oleracea is the new skincare hero in antioxidant to fight aging. The essence of it is also to use a well-formulated skincare regimen. If your dermatologist has recommended it in conjunction with treatments, you should be in a good place for your skin care.

7. Can we undo the damage that has already set in?

The answer is yes, to the extent that we are able to grade the severity of your aging. Dermatologists use a photoaging system known as the Glogau Photoaging Scale to grade the severity of pigmentation, fine-lines, wrinkles, skin elasticity. Whether or not you have signs of blue light, ultraviolet or biological aging, the outcome is the same. When one ages, you have less skin elasticity, more pigmentation and deeper wrinkles. We have various methods to treat all these concerns. If you are at stage 3 of the scale for example, this means that you would have static wrinkles. These are wrinkles that won’t go away despite you not having facial expressions. Topicals alone unfortunately would not resolve static wrinkles. Instead, an injectable such as botox would be needed.

The extent and ease of being able to undo damage is higher, if you come to see a dermatologist early say 25 years old. Genetic factors also play a part, such as if your mum and your grandmother tend to look older than their peers, it is quite likely that you may experience the same. This is even though you are exposed to the same blue light, UV light as with your friends, and where no intervention is done. Conversely, if you start on a cosmeceutical skincare regimen recommended by your dermatologist, including for instance regular chemical peels, non-ablative lasers, well into your mid thirties, you would find that the process of aging is retarded quite a fair bit.

8. When is it too late to reverse the damage?

If one is already advanced on the scale of photogaging, we are able to still reverse some of that. However, the effort in maintaining the effects of treatments in such cases would no doubt be higher. In my opinion, home devices could play a very important role in the area of maintenance. The most underrated home device I feel would be radio frequency.

Radio frequency has been used in dermatologists’ offices for a while and has been popularised through treatments like Thermage. One thing to note is that you do not require any special training to operate a low-intensity radio frequency device. Consequently, we have the CollagenUP wand which FDA approves to deliver and increase the absorption of ingredients in cosmeceutical skincare. This would also target specifically the aging process and help to maintain the skin as it is after treatments, by stimulating the generation of collagen in skin.

9. What lifestyle changes can we make to lessen blue light damage?

On a lifestyle level, if one keeps to a normal sleep-wake cycle, that is helpful to mitigate the most damaging impact of blue light. The highest risk in exposure to ambient LED lights would be with the use of blue light devices. This is because a lot of these light devices, such as one by Neutrogena, were recalled due to the risk of retinal damage. In fact, other light spectrums, when performed directly over the eye, can also cause retinal damage. Blue light itself in most ambient circumstances is of intensities too low to be of any significant impact.

Harmful levels occur when you have a massive source of it such as a blue light lamp. Significant impairment can also occur with very extended use of smartphone devices or computer, such as where it eats into hours where one is supposed to sleep. The harm sets in here because it disrupts your circadian rhythm. In the context of skin aging, we are still pending more studies to demonstrate definitively how cumulative exposure of all these devices add up.

10. What are your personal hacks for dealing with blue light damage?

I would summarise it based on the current status of medical knowledge. First of all, do not use any home-use blue light devices. This is because it can harm your eyes, whilst having little to no benefit to your acne with low doses.. If you have pigmentation issues, you should seek treatment, as our daily environmental exposures cannot be avoided. These include sunlight exposure during commutes, looking at computer screens for long hours on the job and often, simply having ambient LED lighting all around us. Last but not least, the use of a well-formulated antioxidant skincare is important as discussed above in the earlier questions. 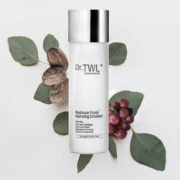 A Dermatologist-Approved Moisturizer That Does It All For You 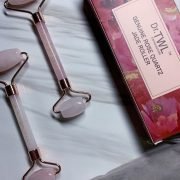 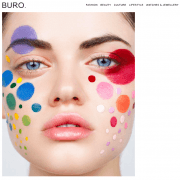 When do you pop a pimple and when do you leave it alone? 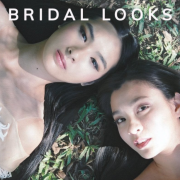 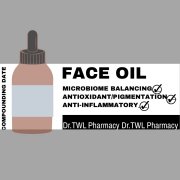 Blush Makeup – How should I apply duo tones?